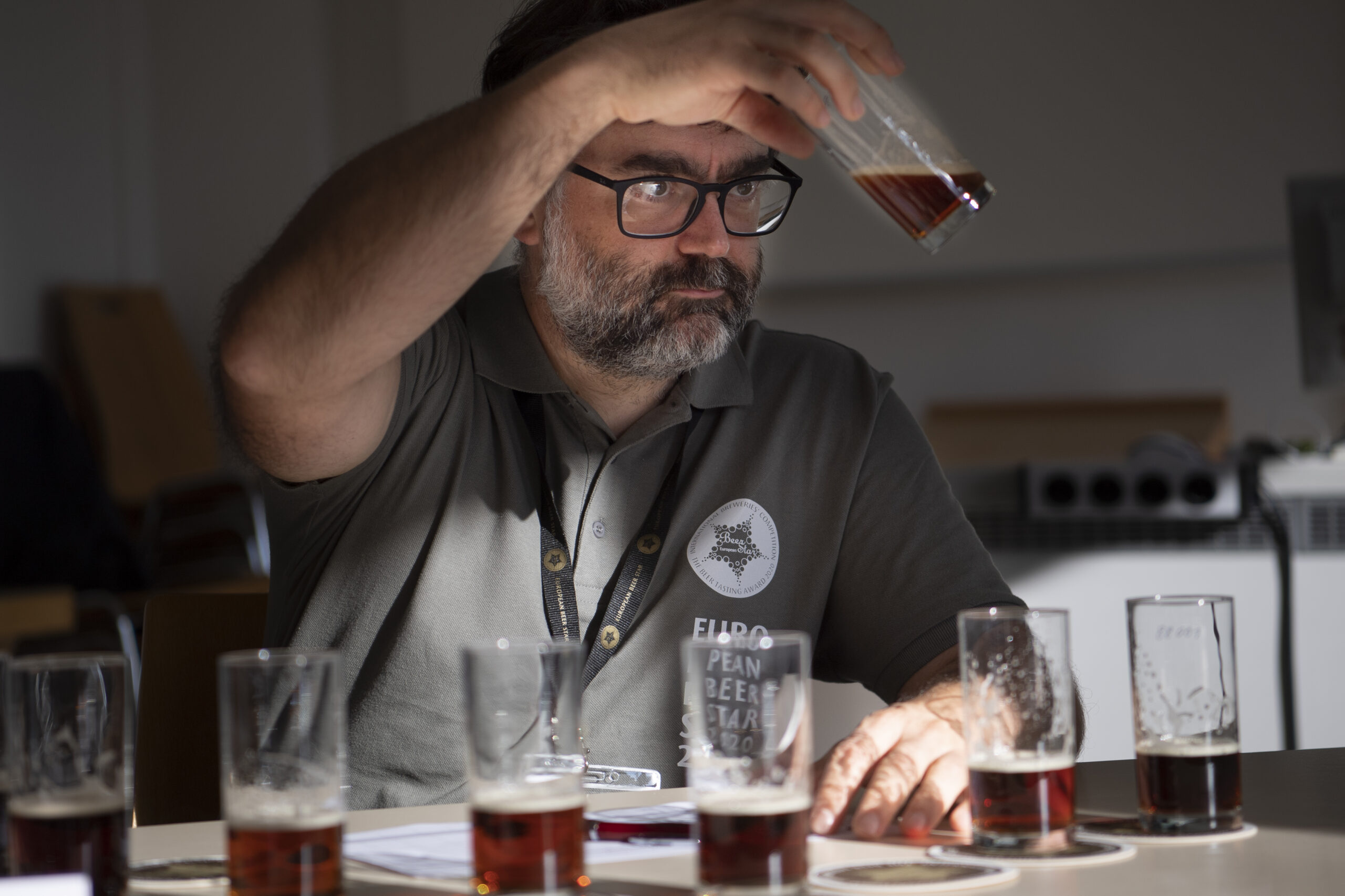 Munich, 21.09.2021: A total of 2.395 beers are competing in the 2021, one of the most important beer competitions worldwide. The number of beers entered is 17% higher than in 2020 and mirrors the upward trend of the brewing industry. An international jury of experts will judge the submitted beers in a blind tasting at the beginning of November.

Only one award each in gold, silver and bronze will be presented in a total of 71 categories. The winning beers of the will receive their awards on November 9 in Nuremberg.

After a dip in the number of entries last year due to the pandemic, the 2021 continues its success story: a total of 2.395 beers were entered for the prestigious beer competition this year. The submitting breweries come from 44 countries, spread all over the globe. Most of the entries for the 2021 come from Germany and Italy.

But even in the 18th year of its existence, there are still premieres: For the first time, beers from Lebanon have been entered for tasting at the EBS. Kilian Kittl, project manager at the association Private Brauereien Bayern, is pleased with the repeated good response: “The more than 2,000 beers entered last year were already a strong signal from the breweries during the Corona crisis. This year’s entry numbers confirm the stability of the industry. With 2.395 beers submitted, we are roughly on a level with 2019, the previous record year in the history of the .”

The beers will be tasted on November 4 and 5 by a jury of 128 experts, consisting of experienced brewmasters, beer sommeliers and specialized journalists. The is one of the first guests ever to be allowed to use the new premises of the Doemens Academy in Gräfelfing. The new premises offer a generous amount of space so that the effective hygiene concept from last year can be integrated. “We are particularly pleased that after a pandemic-related hiatus last year, tasters from all over the world will once again be arriving for the 2021. The views of the international judges in particular are essential for a comprehensive and critical assessment of the beers submitted – after all, at the end of the day it’s all about the coveted awards in gold, silver and bronze, which are only awarded once in each category,” says Stefan Stang, General Manager of the association Private Brauereien Bayern, explaining the importance of an internationally staffed jury.

At the 2021, beers will be tasted in 71 categories for the first time, 70+1 to be precise. This is because the “Free-Style Beer” category, which was added this year, is clearly different from the other 70. In this new “class”, exceptional creations that cannot be squeezed into a predefined grid will be honored. Going off the beaten track is a basic prerequisite for registration. Participating breweries in this special category are given the opportunity to use a special “instrument”: Storytelling. If they succeed in convincing the judges that their product is a unique beer by means of a successful description, their chances of winning an award increase.

The winning beers of the 2021 will receive their awards in Nuremberg just a few days after the tasting. The festive awards ceremony will take place on November 9 as part of the Beviale Summit. “With the award ceremony on site in Nuremberg, we would like to offer the breweries successful in the 2021 a fitting setting and look forward to being able to present one or two awards in front of an audience,” says Stefan Stang.

The has been organized by the association Private Brauereien since 2004 and has long since become one of the most important beer competitions in the world. honors beers that are unadulterated, full of character and of high quality. Most of the beer styles considered are those that have their origins in Europe. All breweries worldwide are eligible to
participate: local, regional, supraregional, and internationally active breweries, not only from Europe, but from all countries on all continents.

About the Private Breweries Association:

As a national and regional trade organization, the association Private Brauereien represents the interests of about several hundred small and medium-sized breweries. Member breweries include one-man operations as well as companies with more than a hundred employees; pub breweries that offer their beer exclusively in their own pubs, microbreweries whose beers are sold around the chimney, and breweries that export their beers to the wider world. Members include newly established breweries as well as traditional breweries where beer has been brewed for centuries. All of these establishments, in addition to great beers, have a common denominator that can also be
found in the name of the association: They are privately run. Further information at: www.private-brauereien.de