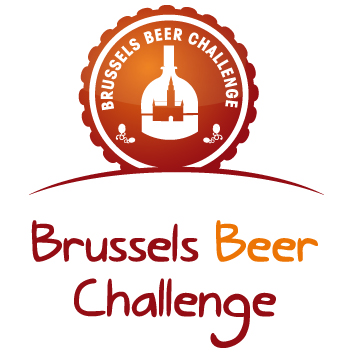 EUPEN AT THE HEART OF INTERNATIONAL BREWING CULTURE

After launching the application for Belgian beer culture to be listed as Unesco Intangible Cultural Heritage, Belgium’s German-speaking community and region will host the Brussels Beer Challenge for the first time.

The German-speaking community filed an application with Unesco in April 2014 for Belgium’s beer and brewing culture to be recognised as Intangible Cultural Heritage. The request came to a successful conclusion in November 2016, positioning Belgian beer and its culture at the heart of the international brewing sector. By hosting the 11th Brussels Beer Challenge on November 1, 2 and 3, the Ostbelgien region is once again demonstrating its attachment to and interest in the brewing industry.

During the beer competition, Eupen, the capital of Belgium’s German-speaking community, will welcome around a hundred experts from across the globe. Their daunting task will be to taste and assess over 1,800 international beers, no more than 15% of which will be awarded a gold, silver or bronze medal.

A beer competition in times of crisis

“May you live in interesting times”. This English expression, mistakenly ascribed to a Chinese curse, is occasionally used ironically to wish the worst to the person being addressed. The formula seems to be well-suited to the current situation, with all its complexities and uncertainties.After the pandemic, international tensions and soaring energy bills, the brewing industry is experiencing some particularly challenging times. During the pandemic, few industries were as harshly affected as the brewing industry and it is clear that the current energy crisis is having a direct impact on production and its various stakeholders.

Trends at the Brussels Beer Challenge

The Brussels Beer Challenge acts as a genuine bellwether for Belgian and international brewery trends and for over 10 years it has turned the spotlight on the changes and innovations within the sector.This year, the trends thrown up ahead of the 11th competition are the following:

1)‘Triple’ beers are as popular as ever: Over 100 beers in the category have been entered this year in the Brussels Beer Challenge. Competition within the category will therefore be intense between the 60 or so Belgian triples taking on representatives from France, the Netherlands, Finland, the United States, China, Sweden and even… Ukraine.

2)Brewers have overwhelmingly responded to consumer demand by increasingly broadening their range of special labels matured in barrels of Whisky, Armagnac, Rum, Port, Sherry and Bourbon but also white, sweet and red wines.

4)Internationalisation of the industry is continuing, as shown by the variety of brewers taking part from 41 different countries.

About the Brussels Beer Challenge

The Brussels Beer Challenge is the premier trade competition for beers in Belgium. Founded in 2012 by Becomev (Beer, Communications & Events), it is managed by Luc De Raedemaeker and Thomas Costenoble and was created in response to the growing interest in beer culture.

The first Brussels Beer Challenge took place over 10 years ago at the Brussels stock exchange. Since then, it has become a touring event and is hosted by prestigious Belgian towns and cities that are keen to be an inherent part of the brewing heritage of our country. Brussels, Liège, Leuven, Antwerp, Mechelen and Mons have all staged the Brussels Beer Challenge. It is now Eupen’s turn to host this prestigious event this year, making this a first for the Ostbelgien region!